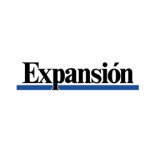 Information published in the Expansion financial newspaper on 23rd June 2007 highlighting the new “collaboration agreement” between ICEX and the Leading Brands of Spain Forum, under which the latter becomes a strategic partner for the Trade Administration for promoting the internationalisation of Spanish companies. The idea? To use leading Spanish companies as the driving force behind the “Made in Spain” concept.

The article in Expansion not only refers to the agreement reached between the two institutions for the promotion and development of the 2007 Support Plan for Spanish Brands, but it also places special emphasis on the Spanish Ambassador Brand Plan, an initiative from FMRE which was presented to the Trade Administration in order to achieve positive collaboration for all between the leading Spanish brands and the international image of Spain. The objectives of this Plan, in which the Spanish Exporters and Investors Club is also involved, include that of “repositioning the image of the Spain Brand with support from ambassador brands in order to create a highly reliable international image with great added value”, and “producing a ‘locomotion effect’ in the leading brands to facilitate the internationalisation of Spanish brands.”

The article underlines the importance of the Spanish ambassador brands, a ‘club’ representing 40% of Spain’s GDP and aiming to “generate a culture of collaboration and co-investment between brands and the Public Administration”.