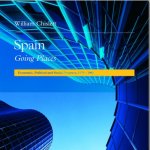 ‘Spain Going Places’ analyses the social, economic and political progress of Spain since 1975

The prestigious British journalist and associate of the Elcano Royal Institute William Chislett, has just published the book “Spain Going Places”. In the book he tries to replicate the transformation and progress of Spanish economy, politics and society between 1975 and 2008. According to him, different companies and sectors of the Spanish economy have a fundamental role, as well as the Leading Brands of Spain Forum, to which he has dedicated a large part of the eighth chapter of the book. 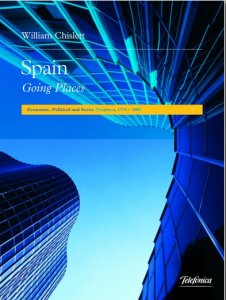 The first chapter of the book, which is sponsored by Telefónica, analyses social, demographic and work market changes that have taken place in Spain during the period in question, before focusing on economic aspects that occupy a large part of the book. Within this epigraph, they highlight references to Spanish multinationals and investments throughout the world. Finally, the eighth chapter gathers a series of reflections on the Spanish brand and insists on the difference that the image of Spain still has in the world with respect to the real situation of the country. He makes many references to the work of the Leading Brands of Spain Forum. Download 'Spain Going Places'