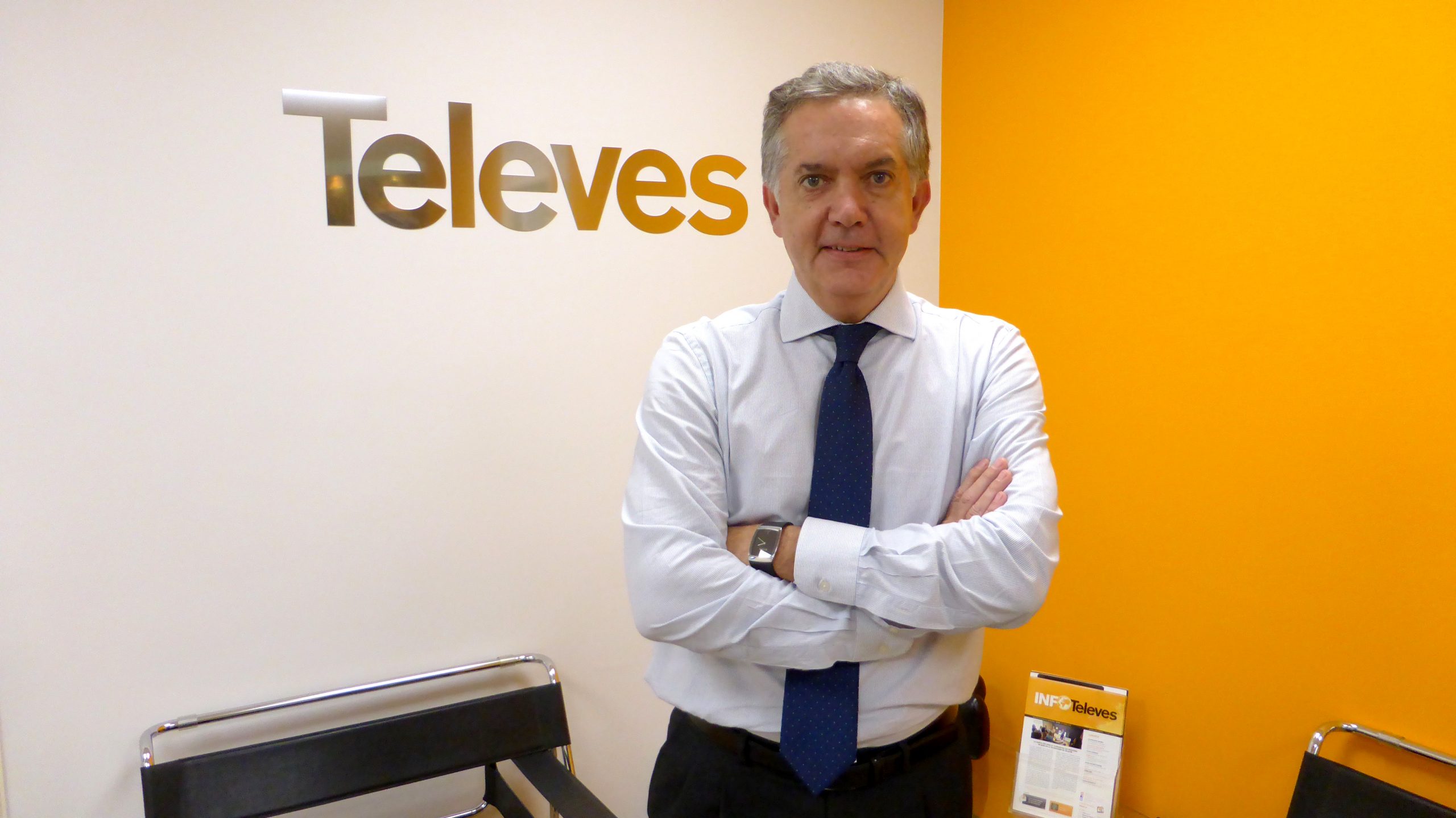 Interview with Jorge Lorenzo, Secretary General of the Televés Corporation

Jorge Lorenzo is currently the Secretary General of the Televés Corporation. He started his career in the company in 1985 as the Director General of the Portuguese subsidiary, later taking over the management of human resources and finally as assistant director general until 2012 when he took on his new role.

Jorge Lorenzo is a graduate in Business Science from the University of Santiago de Compostela, with a Master’s Degree in Human Resources Management from the Spanish Confederation of Business Associations

You have recently opened a subsidiary in Scandinavia. What does this step mean for in the company’s international expansion strategy?

It is, indeed, another step in the Corporation’s growth strategy that has been underway for some time, and which has meant that international markets now represent over 60% of our total sales. In recent years we have strengthened our office in Germany, we have set up offices in Poland and Russia, and we have signed important contracts relating to the launch of Digital Terrestrial Television (DTT) and the so-called Digital Dividend through our offices in France, the UK, Poland and Russia. We are also very well positioned in the local markets in Portugal and Italy, where our brand is also highly recognised. This is with regard to Europe. In America, our US office is also working hard to increase our presence in that key market, and we are taking important steps in the Colombian market. Televés Portugal is a launchpad for reaching Africa where there are significant opportunities, as well as the extraordinarily dynamic Middle Eastern and Asian markets, which we are working on from our offices in the Arab Emirates and China.

Televés Scandinavia is a continuation of this strategy, driving growth in the Nordic and Scandinavian markets where we already have a good presence with a market share of approximately 20%, but where we believe there are niche opportunities in emerging markets which, if we can use them well, will allow us to reach 50% over the next 5 years. Furthermore, we want to position ourselves in the Baltic States. We are familiar with the field because we have been working in Scandinavia since 1981 via our distributor, the structure of which will now become a full part of the Televés Corporation thanks to this acquisition for the setup of Televés Scandinavia.

You are present in over 90 countries, in some through subsidiaries and others via a network of professional distributors. What are your main selection criteria for entering a new market?

A key criterion is the telecommunications infrastructure technology in homes and buildings used in that country. Although we have subsidiaries in countries using other systems, as is the case in the US, a large part of our catalogue responds to the technological standards of Digital Video Broadcasting (DVB), which is dominant in Europe, most of Asia and Africa. However, the diversification of catalogue means that the telecommunications standard is more and more decisive as we are firmly committed to optical fibre, networks for local operators and multi-platform distribution platforms for the hospitality sector (hotels, hospitals, homes, etc.). We are also evolving to become facilitators for services in the social and healthcare sector through digital home and building infrastructures. This has been done via agreements with relevant organisations such as the Red Cross which has recently presented its new tele-assistance device, developed and manufactured by Televés.

We operate in practically every market, but we are cautious when it comes to establishing ourselves.  Our business model is highly analytical: we never take the step of creating a subsidiary if we are not completely sure about it.

What markets currently have the most weight in the Televés overall business mix and what are the markets of the future?

Western Europe is, for us, a consolidated market, but we still believe that we can continue to make strong inroads in Germany which is of dual importance: it represents a high number of consumers, and it continues to be a benchmark for technology and quality requirements. Making a name for oneself in Germany means a lot, not only in the country, but all around the world. Western Europe is a significant growth vector for us, with reference points in Poland and Russia. Russia is also the ideal platform for us to expand into Central Asia, which continues to have a special relationship with Moscow. The Middle East is also strategically significant for us and the role of the US continues to grow. Looking to the future, Latin America and Africa are regions where we believe we can fight for major opportunities.

At Televés you have opted not to outsource your design and manufacturing processes. What benefits does this decision have for you in terms of competition?

This philosophy of vertical integration and flexibility is linked to the same historical and geographical origins of Televés. When the company was launched in 1958, Santiago de Compostela was something of a backwater, so we had to learn to do everything practically on our own. This is still true because we are convinced that this is the best way to protect the knowledge generated in our company and, at the same time, it ensures better control over quality and customer response. Another benefit is that we can respond much more flexibly than our competitors to fluctuations in demand. We have manufacturing facilities not seen anywhere else in our sector. We have been pioneers in the introduction of SMD technology and robotics. We are currently carrying out our “digital revolution” and the transformation of our production facilities towards Fabric 4.0.

Televés also works on the development of its own technological solutions, such as the case of TForce, a technology that allows us to independently develop, manufacture and assemble MMIC (Monolithic Microwave Integrated Circuits) components. It is a process technique that exceeds the limitations of silicon microchips and represents a significant move forward in the miniaturisation of components. For us it will also mean a strong drive forward in our freedom as designers and manufacturers as we will have more autonomy to develop our own concepts and be less dependent on suppliers.

You have over 200 items of Industrial Property. What are the key ones? What value do they bring to your brand?

Innovation is part of the Televés DNA.  As a basic element for the sustainability of a company working in globalised, highly competitive markets, we believe in technological development and we believe it is essential to protect our industrial property. Our own technology differentiates us on the market and gives us recognition as a benchmark firm that sets standards. More than any particular invention or patent that stands out, I think our greatest achievement is never settling for what we have accomplished. We always want to go further because that is what enables us to continue progressing.