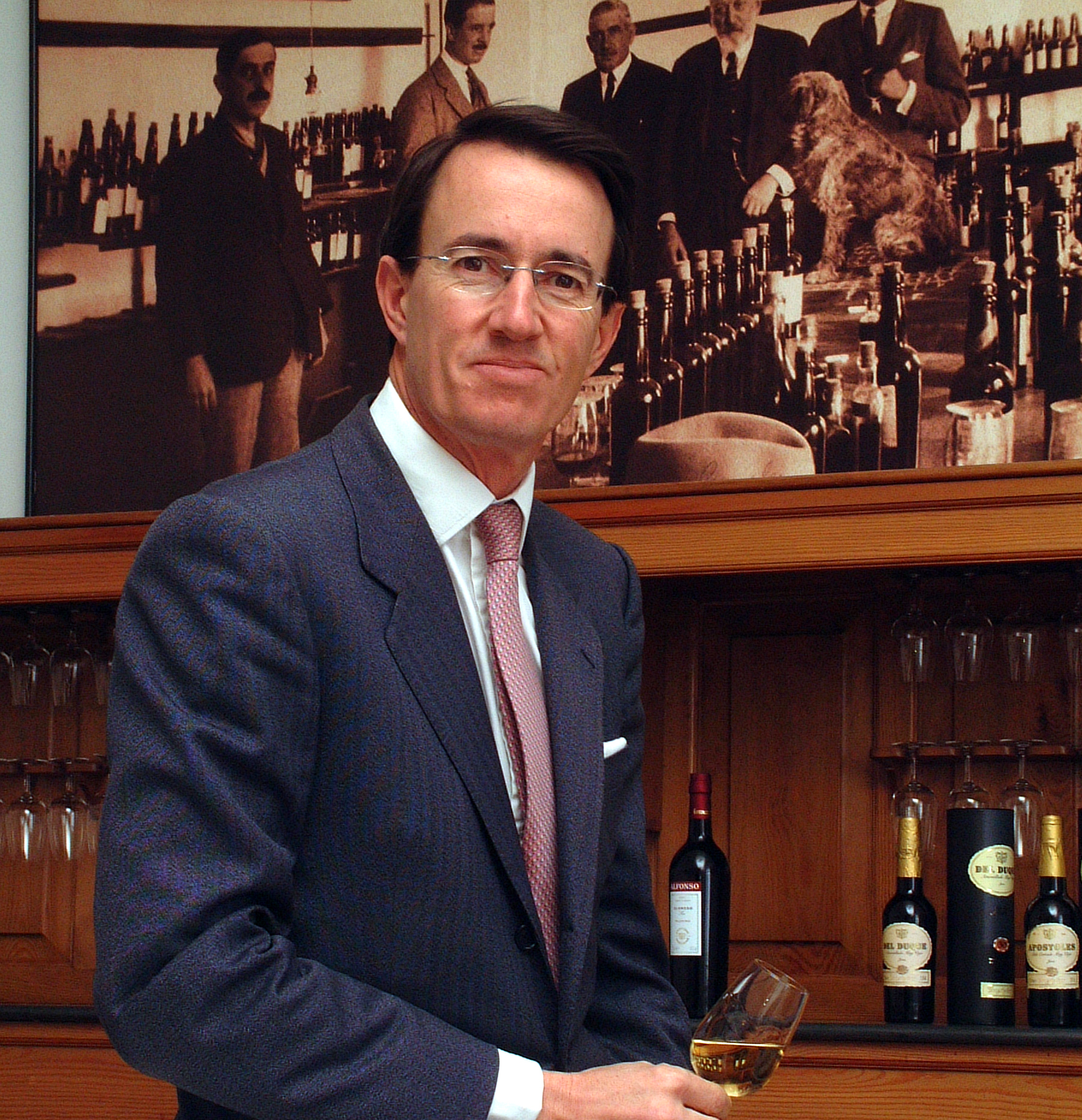 Mauricio González-Gordon has been the chairman of González Byass since 2006, and is a member of the fifth generation of the company’s founding family. He has a Bachelor’s Degree in Economics, an MBA from Claremont Graduate School in California, and a Master’s degree in Food and Agribusiness Management from the Instituto San Telmo. After gaining experience in various international companies, in 1989 he embarked upon his career at González Byass, where he has been responsible for several lines of business over the years.

González Byass is a company with a clear focus on internationalisation. What are the key milestones in its international expansion?

From the outset, González Byass has displayed a clear vocation for exporting, with the United Kingdom being the destination of the company’s first sales. In the same year of its foundation, in 1835, it began its internationalisation process with the export of 10 wineskins to London. The following year there were 62 and in 1839, 406.

The world started to discover the uniqueness of wines from Jerez and demand soared. There was one wine in particular that really began to attract attention. It was ordered from the founder of González Byass by Robert Blake Byass (who was the winery’s dealer in Great Britain at the time) in a letter in which he talked about “a very, very pale wine” that he had been recommended. Byass was referring to one of the wines for which José Ángel y Vargas, the founder’s uncle, “tío Pepe” (Uncle Joe) was personally responsible, which had the words “Soleras de Tío Pepe” (Tío Pepe’s cellar) written in chalk on the wineskins. This letter provides documentary evidence of the arrival of Fino, or sherry, in the UK and of the birth of Fino Tío Pepe.

The sherries produced by González Byass in Jeréz reached the UK, France, Germany and parts of Russia so that in less than 20 years the winery had become the number one exporter. This trend continued throughout the next few years and, between 1860 and 1869, González Byass exports accounted for 2% of all Spain’s sales abroad.

This pace continued for much of the twentieth century, with González Byass remaining at the forefront of the group of wine exporters from Jerez. Gradually, its wines, and particularly the Tío Pepe brand, achieved a presence on all five continents. More recently, González Byass embarked on a phase of diversification towards other sources and has set up its own sales offices in some markets in order to consolidate and further develop its international presence.

What do brands mean to a company like González Byass?

For González Byass brands mean a commitment to our customers in terms of quality, a link with the place where they are made, and a pledge to our values on a long-term basis. The González Byass Family of Wines (Bodegas Beronia – D.O. La Rioja; Viñas del Vero – D.O. Somontano; Cavas Vilarnau -D.O. Cava; Finca Constancia – V.T. Castilla; Finca Moncloa – V.T. Cadiz; and Beronia Verdejo – D.O. Rueda) are the way to show the world the diversity and richness of Spain’s wine-making sector. Furthermore, we also offer consumers a high-quality range of spirits, more specifically, The London Nº 1 and Mom, which are gins, and Nomad Outland whisky, Druide vodka, Lepanto brandy, Chinchón anisette and the fruit liqueurs Granpecher and Granpomier.

And what about internationalisation for the company’s strategy? Do you operate with your entire portfolio of brands outside Spain?

One of González Byass’s greatest achievements in recent years has been the consolidation of our global distribution, which has led to a presence of the company’s brands in 105 countries. The company now has its own sales network in Spain, the UK, Mexico, and the USA, complemented by teams providing support for dealers in China, Germany, Brazil and Canada.

What is González Byass and its brands’ main competitive advantage over its international rivals?

Ever since it was founded 180 years ago, González Byass has spearheaded the international expansion of wines from Jerez, which are one of a kind no matter where you go. Recently, the trade journal Wine & Spirits Magazine named us as one of the 100 Top Wineries in the World. In addition, we have the privilege of being able to showcase the essence of the terroir, from north to south, of some of the main wine-growing regions in Spain with the wineries forming part of this family of wines: Bodegas Beronia, Viñas del Vero, Vilarnau, Finca Constancia, Finca Moncloa and Beronia Rueda.

What are your biggest markets at the moment, and which are your future markets?

Right now, we are focusing our efforts on the United Kingdom, Germany and the USA, in addition to China, Mexico and Canada, which we think have great potential.

What does the Tío Pepe icon mean for González Byass?

Tío Pepe is the best-selling sherry, or fino, in the world and one of the Spanish products that is present in the largest number of countries. Its name refers to José Ángel y Vargas, the uncle of Manuel María González, whom he advised after the founding of the company in 1835.

In 1935, González Byass’s Head of Advertising, Luis Pérez Solero, dressed the bottle up in a red jacket, hat and guitar. This was the origin of the Tío Pepe icon, which first appeared in public in 1936 during the alternativa (a ceremony when a novice becomes a fully-fledged bullfighter) of Ventura Núñez “Venturita”, during the Fallas – a traditional fiesta in Valencia. At this bullfight, the matador from Jerez offered his bull to the figure of Tío Pepe, which had been set up in one of the stands in the bullring.

Since that day, Tío Pepe started to become famous, with the figure carving out a place for itself in the sociocultural life of Spain. It eventually crossed over our borders and is now one of Spain’s icons that is afforded special attention by designers and artists.

What are the challenges facing the company over the next five years?

The challenge for the next few years is to continue to strengthen the company’s internationalisation strategy. To achieve this, we will attempt to consolidate the markets where we now have our own distribution, add new markets and continue to enlarge our portfolio with brands and sources that enrich our product range. We would also have to add a strong commitment to wine tourism, which helps tie our brands to their origins, while also associating them with the local gastronomy.

Such actions will be dictated by our corporate values: family tradition, innovation, commitment to quality and respect for the environment.

Our vocation is to pass on to the next generation a competitive, modern, and sustainable company that continues to follow the same trail blazed by my great great grandfather, Manuel María González, in 1835.

As an example of some of our values, we have developed a programme called “5+5, Cuidando el Planeta” (5+5 Protecting the Planet), which reflects our commitment to the environment by helping the next five generations to continue our work.