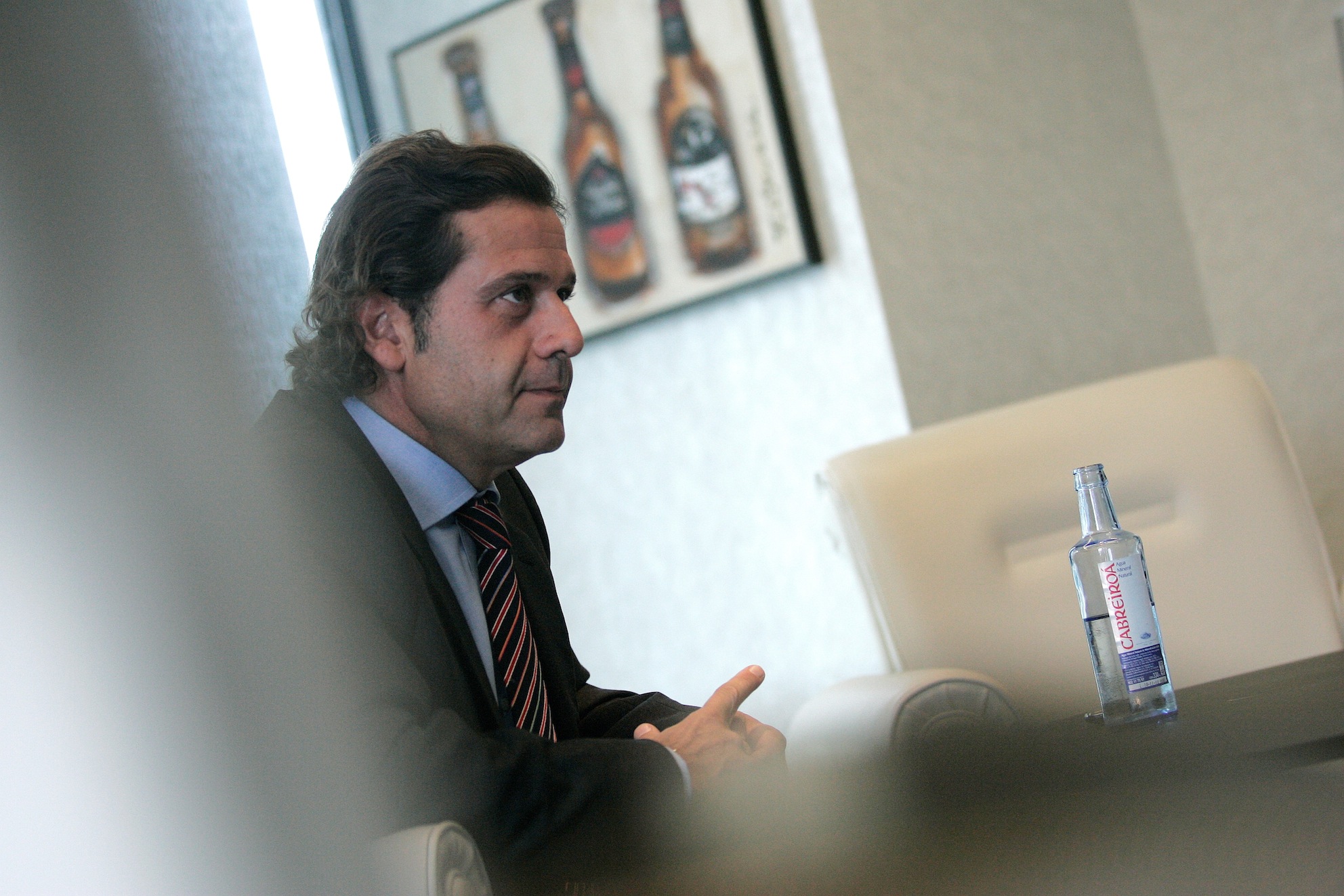 Ignacio Rivera holds a degree in Business Administration and Management from the ICADE and an MBA from ESDEN. The great-grandson of José María Rivera Corral, who founded Estrella Galicia in 1906, Ignacio joined the family business in 1990, and four years later was appointed CEO of Cabreiroá, the mineral water company in Verín, which was purchased by the brewery as part of its expansion process. In 2004 he was appointed chairman of the Manantiales de Galicia Group and in 2007 general manager of Hijos de Rivera, where he had held the position of deputy general manager (since 1999) and was responsible for overseeing sales and marketing. Ignacio has been the CEO of Hijos de Rivera since October 2012.

In recent years, the company has been actively expanding into new markets, what are the reasons for this and what role does the brand play in the international expansion process?

Prior to this, we had focused on the regional market but at some point we realised that our product proposal could be understood and appreciated by national and international consumers.

We were always convinced that our strategy was premium, differentiated, and we focused on telling consumers that there are other ways of making beer. Since 2011 we have been investing heavily in communication through advertising campaigns, sponsorship of sports events, music, etc. We have also come up with a range of products that are in line with the premium positioning I mentioned earlier, such as our 1906 and craft beer. And we have worked hard at this, at communicating things differently. In addition, we have worked hard in the field of national distribution. And in the international arena we have paved the way for international expansion by going back to our origins, setting up subsidiaries in countries like Brazil, the U.S., Philippines, China and Japan, which has enabled us to explore the market and its development potential in the hope that it will become an important source of income in the future.

What are the main criteria when deciding what markets to enter? What markets are currently the most important? Which are the markets of the future?

At the international level, we have tried to explore different positions and scenarios all over the world. Asia, for instance, is a complex market, where it takes time for investment to pay off. It is a long-term market. And then there are innovative markets like North America, where we can learn a lot: it abounds with the latest trends. On the other hand, South America is a market with similar cultural connotations to Spain, and Europe is a neighbouring market where we have afforded special attention to the British and Portuguese markets.

In Spain, Estrella Galicia has invested in major nationwide promotional campaigns. How have these campaigns benefited the brand? Do you pursue the same promotional strategy in international markets?

Our strategy has always been to be leaders in the premium segment, the one with the most added value, and our value proposition is underpinned by a marketing mix strategy. The beer we make is different, it is fermented for longer, and we are obsessed with the way it is served and distributed. We try to make the consumer understand that ours is an added-value proposition. Apart from saying it, we have to demonstrate that we have a premium product. And this strategy is a global one, we use it in every country in which we are present. The aim of the strategy is for people to understand that we adore beer, that we have been making beer for 110 years.

In addition to investing in major advertising campaigns, the brand sponsors different events. How does sponsorship impact the brand’s image?

We are firmly committed to sponsorship; indeed, for every three Euros we invest in communication, one is spent on sponsorships. We have a smaller budget than the leading domestic and international breweries and we are obsessed with conveying product experience. And with sponsorship, someone may be enjoying a beer while watching the Motorcycle World Championship, in which case the experience provided by the product is a complete one.

You have a strong presence in the social media. For what purpose do you use these? To improve the brand image, promote products, increase traffic to your website, generate publicity…?

Social media have revolutionised our world and opened up huge possibilities for communication. The social networks’ greatest advantage, however, is that everyone who wishes to communicate is equal, and they allow the user to be heard by a massive audience.

What are the challenges facing the company over the next five years?

One of our biggest challenges is to communicate who we are. Our goal is to become the leaders of the Spanish beer culture. We have been making beer in a unique way for more than 110 years and are striving to make people understand this, in getting our message across effectively so as to strengthen our positioning.

In the international arena, we are studying where to focus our efforts. At the moment, we are trying to explore different opportunities around the world but in five years’ time we will know which markets are the most profitable and worth focusing on.

With regard to diversification, in the area of water, we are focusing on the Spanish market with different proposals, positions and springs. Our goal is to firmly establish our mineral water project.

What is more, we believe that distribution is the key to moving forward and we are therefore committed to building a portfolio and profitability for our distributors because if they are doing well, we will be doing even better.