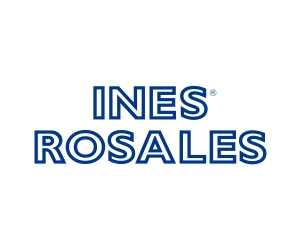 The story of Inés Rosales begins in Castilleja de la Cuesta, a small town in the Al-Xaraf (Upper Garden) region of Seville.

It was in the year 1910. A woman called Inés Rosales Cabello rolls out a home-baked product and one of her old family recipes, namely the Oil Torta or pastry, whose origin dates back to the fusion of the three cultures that together have forged the identity of our land.

The Oil Torta and Inés Rosales soon come to represent this type of pastry, which, given its organoleptic qualities, easy storage and transport, is gradually associated with pleasurable moments to be remembered…at a time when such moments were few and far between; it therefore acquires the value of an icon for generations of Spaniards, no matter what their social class.

Remaining faithful to traditional methods in the truest sense of the word for making and finishing our pastries (they are made one by one), together with the use of natural ingredients without any additives, enhancers or preservatives mean that they are very wholesome. One of the most important ingredients is the Extra Virgin Olive Oil, a central component of the Mediterranean Diet, recently recognised by UNESCO as part of our Intangible Cultural Heritage. All these values have brought international acclaim, going far beyond the local and emotive nature that was instrumental in helping us consolidate our position in the early years.

Since 1997, the year in which we first began to seek out international outlets for our products, these values have allowed us to build trust and loyalty in the markets we have access to. This likewise triggers processes of adapting to these new scenarios, which has led to our range expanding beyond the traditional Oil Torta, to include new creations based on the same recipe with a hint of orange and cinnamon, for those sweet moments, followed by rosemary and thyme flavouring and savoury pastries, forming the starting point for designer cuisine and snacks.

We now have a market of fifteen countries, including Australia and New Zealand, the USA and Canada, and amazingly enough, our markets in the East.  This is what gives rise to our dynamic growth.