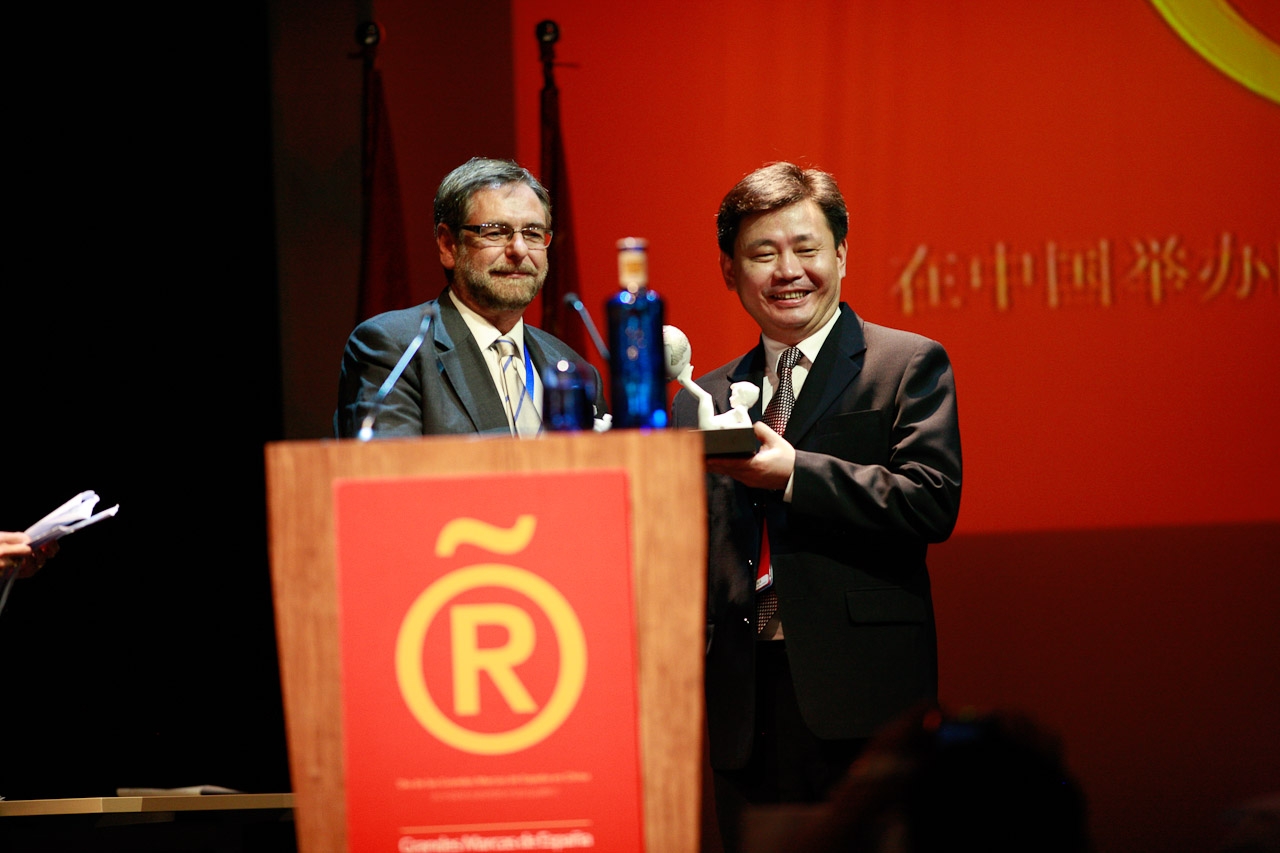 Friends of Spain Brand in China

Leading Spanish companies have spent years focusing on China as a strategic and priority market. Consequently, they have decided to publicly acknowledge Chinese individuals, companies and institutions that have been outstanding in their support for the arrival and expansion of Spanish companies and brands in the Chinese market. These are the «Friends of the Spain Brand in China» who were honoured on the initiative of the Leading Brands of Spain Forum during the celebration of the Leading Brands of Spain Day, an event publicising and promoting the business reality of Spain held in the Spanish Pavilion at the World Expo 2010 Shanghai on 1 September 2010.

Institution recognised as a «Friend of the Spain Brand in China». It holds the exclusive rights to the protection of trademarks, the investigation of offenses and the handling of disputes relating to trademarks. It recognises and protects leading brands. Thanks to its policies, seminars and research, it contributes to the effectiveness of the protection of Spanish brands in China. It works closely with the OEPM.

It’s the leading television broadcaster in the country. Its channel specialises in economic and financial issues, with a significant audience among the economic elite in the country, regularly reports on Spanish news and features that contribute to spreading a suitable image of the reality of Spain and its products and services in China. CCTV 5 broadcasts Spanish Professional Football League matches.

He is one of the most famous and prestigious chefs in China. He has visited Spain on several occasions and is a lover and strong advocate of Spanish cuisine. He uses several Spanish ingredients in his restaurants including products of some of the leading brands from Spain and he serves Spanish-inspired dishes.

It is one of the main food product publications in China, aimed at the end consumer and published in English. It targets affluent readers and performs an active role in the promotion of Spanish food products to this readership. It also collaborates regularly with the Embassy and the network of Economic and Commercial Offices of Spain in China.

He is one of the most famous and prestigious professors in China. He has partially translated numerous works in Spanish into Chinese such as Don Quixote de la Mancha. Dong Yanshen has received numerous awards, including the Order of Isabella the Catholic (2000) or the National Prize for Art and Literature (2009).

It is the official Chinese airline, currently the only one offering direct flights between China and Spain, with its Beijing-Madrid route, which has recently increased its weekly frequency.

Li Ning is a Chinese gymnast and entrepreneur who won six medals at the Olympics in Los Angeles in 1984. After retiring, he founded the clothing brand that bears his name. Currently he sponsors and dresses the Spanish Olympic Committee, the Spanish Basketball Federation, the RCD Espanyol Barcelona and Malaga C.F.

Owner of the most prestigious shopping centres in the city of Tianjin, he has based his business strategy on the consolidation of the commercial image of Spain in China through Spanish brands, Miquel Xu adores Spain and bases his differentiation on the specialisation of Spanish brands.

It brings together 110,000 lawyers from all regions of China Its chairman has met with representatives of Spanish institutions like the Spanish Supreme Court, the Spanish Notaries and Registrars, the Spanish General Council of the Bar, etc., which has allowed him to promote the image and brand of Spain among Chinese lawyers.

Its support has been crucial to the Spanish hotel group Sol Melia’s entry into the Chinese market, which in 2010 opened its Gran Meliá Shanghai hotel. Suntime Group strives to promote Spanish culture among business groups, as well supporting other Spanish hotels to facilitate their entry into the country.

With a base in Shanghai, it dominates the sector of decoration and kitchen and bathroom studios in the country. Promoter of the Silestone brand (owned by Spanish company Cosentino) in China as the exclusive distributor for the entire country, it has established the leadership of the brand of quartz surfaces in the Chinese market.