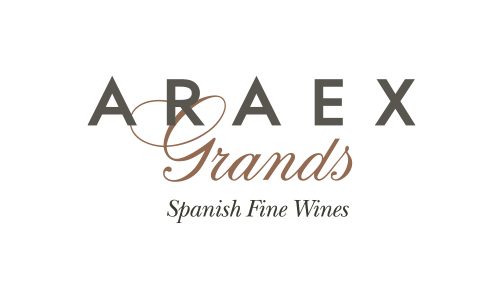 Javier Ruiz de Galarreta founded the ARAEX GRANDS group in 1993, together with nine small and medium winegrowers from the Rioja Alavesa region. In just a few years, ARAEX became one of the main drivers of the production and export of the entire

qualified designation of origin. The Alava-born entrepreneur recognized the signs of his age and created Spanish Fine Wines in 2001, a second union that grouped other selected winegrowers from the best of the rest Spanish regions.

Today, Javier Ruiz de Galarreta continues to create new wine ventures, characterized by quality, global projection and respect to the roots and identity of Spanish vineyards. From the production of prestigious wines to the organization of tasting

ARAEX Grands is present in more than 70 countries worldwide, with stable partners in the best markets and through a network with offices in Hong Kong, United States of America and Sales Representatives in the main markets. The group represents winegrowers from 12 top appellations from Spain, and grouping 25 premium brands that control almost 4000 hectares of world-class vineyards. ARAEX Grands is the Leading Spanish Group of Independent Winegrowers, and its vision is to take this “Excellence Made in Spain” to the next level, inspiring consumers around the world and giving the Spanish Premium wine the position it deserves in the international market. In order to achieve this, in 2014 it was pioneer setting up the first Spanish academic wine institution, offering consumers and professionals an official and regulated wine educational training. Since 2014, the Spanish Fine Wines Institute has been spreading the Spanish wine culture in target markets such as China, USA, Canada, Germany or Switzerland.