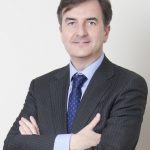 Member of the Scientific Council of the Real Instituto Elcano 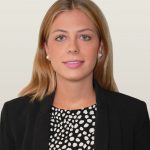 Nowadays, the operational environment for doing business no longer relies on predictable factors and variables that remain static for long periods of time.

We are living in times of constant change.

Times of rapid change for those for whom the discipline of managerial and business foresight has become obsolete.

Uncertainty has become the new norm.

On the one hand, markets typically offer, in the words of lecturer Ángel Núñez from the IE Business School, an increasingly non-distinguishable range of products.

It is becoming harder and harder for business models to keep their promise of offering differentiated value with respect to the market, customers and consumers.

On the other hand, disruptive innovation extends across all industries.

New business models are born every day to deconstruct the large value chains of companies that dominated 20th-century industries and finally snatch the «golden nuggets» of these value chains from them.

In this context, innovation is not just a fad but also a necessity if you want to survive in the market.

The development of know-how and knowledge also seems to be limitless.

Everything a human being learns today will be obsolete within a period of roughly 18 to 24 months.

Uncertainty is also pervading the geopolitical order and international relations.

The stability – undoubtedly perverse – which de facto created a world divided between two major powers competing in a global arena has vanished along with the end of the Cold War.

We are living in a world in which there are no longer any fixed lines marked off by political, economic, commercial or informative barriers.

The boundaries are blurred and the stage is set for new stars to break through.

New power alliances, regional blocs, trade agreements and connectivity networks are created that define the world of the 21st century.

A world in which, despite the writings of many scholars, intellectuals and dilettantes, economic globalisation has still yet to happen. 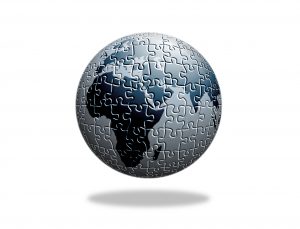 True globalisation has still not arrived.

We only have to mention, for instance, the case of the new China that has emerged, which has increased its presence in Latin America to the point where it is now the region’s second largest trading partner. China’s bilateral trade relations with the Region, contrary to the expectations of some analysts, offer encouraging growth prospects for the future.

We are reminded of this in “Latin American Economic Outlook 2016: Towards a new partnership with China”, the latest report drawn up by the Organisation for Economic Co-operation and Development (OECD), the Economic Commission for Latin America and the Caribbean (ECLAC) and CAF–Latin American Development Bank, and which was presented during the 1st Meeting of the Ministers of Foreign Affairs at the Ibero-American Conference held last week in Cartagena de Indias, in Colombia.

Over the last few years, China has also become the largest investor in Africa.

The Chinese economy has embarked upon a process of re-orientating its economic growth model, moving away from the purchase of raw materials and focusing on domestic consumption and services.

This change in its production model is having a domino effect on globally connected economies.

Hence, the Trans-Pacific Partnership (TPP) aims to strengthen economic ties between its signatories and could become the biggest trade deal in history since it aspires to bring national economies on board that account for 40% of the global economy.

Additionally, in the other major oceanic basin, the Transatlantic Trade and Investment Partnership (TTIP) is designed to remove tariffs and regulatory barriers between the US and Member States of the European Union.

These are just two examples that show that true economic and, by extension, business globalisation is still in its infancy.

All these phenomena require companies and their leaders to learn to adapt to new environments that offer very little facility for prediction.

Managerial skills like flexibility, agility and resilience become an absolute must.

New times call for new styles of leadership aligned with a strategy to protect and strengthen the reputation of the organisations they service.

Reputation is, at the end of the day, the asset that will guarantee differentiation between promises of value and obtaining the social licence to operate in the markets of the companies.

And, with these, their long-term survival and sustainability in an environment that is plagued with risk.

For this reason, corporate diplomacy – that is to say, the managerial task that involves establishing permanent dialogue with all stakeholders so as to have an impact on them – is the basic job that needs to be addressed by corporate leaders, who should hence act and behave like ambassadors for their companies and promote the values defining such companies on the international stage.

Exercising corporate diplomacy basically consists of building trust in the business models: what they are, what they represent, and what they aim to be.

And, undoubtedly, economic and international trade relations based on trust have a direct impact on the future of companies and on the success of their value promises.

The business world urgently needs to identify a new breed of managers.

Uncertainty is the new norm.