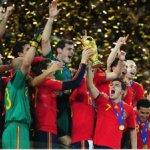 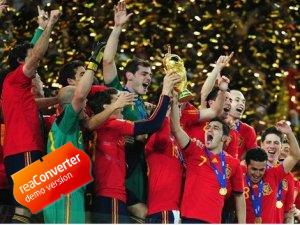 As a result of the Spanish national football team’s recent victory in the South Africa World Cup, the Leading Brands of Spain Association has analysed the impact of this success on Spain’s image abroad. This project was led by AMRE’s Managing Director and covered by various media. On Saturday 17 July, the business daily Expansión published an opinion article by Miguel Otero entitled ‘The Spain Brand and the Reds: a perspective from China’. This article analysed the repercussion of the world cup victory in the strategic market of China and the need for the government and brands to harness the potential for promoting their image as a result of an event of such importance. He suggested this should be achieved through an image plan that brings together the work of different bodies to promote Spain’s image. Other papers, such as La Vanguardia, El Mundo, El Periódico de Catalunya and Negocio also reported on the positive impact of Spain’s victory and on the international image of Spain. Miguel Otero highlighted that: “At the Leading Brands of Spain Association, we believe that the Spanish football team’s victory in the World Cup will help to promote the image of Spain abroad. Not only as a result of the unquestionable media impact of its achievement, but also for the values of humility, teamwork and a spirit of achievement transmitted by the players. This strong union to achieve a common goal has, without doubt, been an example for all, a demonstration of what we can achieve working together and united. This is precisely the slogan of the Leading Brands of Spain Forum: ‘together we will go faster and further’. We believe that bringing together the endeavours of the leading Spanish brands with an international presence and those of the relevant public administrations generates synergies and benefits Spain’s image, and, more specifically, its products and services abroad. In fact, at the Leading Brands of Spain Forum we believe that there are three pillars that must support Spain’s international image: its public institutions, its international companies and the leading members of its civil society, which the Forum has, over time, appointed as Spain Brand Honorary Ambassadors.  The Spanish national football team has unquestionably fulfilled this role, projecting a very positive image of Spain to the entire world. It is difficult to calculate the economic impact of the result. However, other countries’ prior experiences and logic leads us to think that the achievement may also give impetus to the Spanish economy, strengthen consumer confidence, increase Spain’s self-esteem and reinforce the perception abroad of our international brands, which, in turn, may benefit from this positive boost in their different markets. It is the time for Spain to continue to pursue the internationalisation of its brands. This is undoubtedly one of the keys to the recovery of our economy. All of this, increased internationalisation and a positive image of Spain abroad, may have a positive impact on Spain’s GDP. In any case, as the impact of this victory in Spain will be spontaneous and immediate, with respect to the impact abroad it would be a good idea to have an action plan based on this sporting success.  And by this I am not only referring to the possibility of placing advertisements linked to this victory in the international media, but to other PR and informative actions that can be organised through our network of Spanish embassies and commercial offices abroad. This would allow us to target specific local populations for our brands and companies, supported on the image of the Spain Brand Honorary Ambassadors and local personalities who may or may not be linked to the sporting world but who will have a Spanish connection. For some time now, at the Leading Brands of Spain Forum we have been promoting the need to devise an Action Plan for Spain’s country image that should have the participation of the three pillars I mentioned earlier (the administration, companies and figures in civil society). Spain’s country image, and, in this case, its international image, is a key competitiveness factor and any loss of value in this image may have a very negative impact on Spanish companies. We must therefore take advantage of events like the victory of the Spanish national football team in the South Africa World Cup since these can provide an impetus to the Spain Brand and therefore to our companies and brands abroad. And for this, as I mentioned earlier, we need an action plan”.